Longtime pharmacist Warren Strickland and his wife Becky have been glad to serve the Richton community for nearly 50 years. They have been here to see not only the town grow and change, but also the many customers that have been patrons throughout the years.
Photo by Annette Harvison

It’s flu season and that time of year when the weather can’t seem to make up its mind. Many of us find ourselves in the doctor’s office looking for relief from colds, and when we leave the doctor’s office, the next stop is the pharmacy.

Local pharmacists are often a big part of our lives. They are there to fill blood pressure medicines, insulin, cholesterol medicine and countless other things that improve the quality of life for many. Pharmacists are trained to recognize problems with medication dosages or interactions, and for each customer, the pharmacist pays close attention to those small details that in the end are huge. We often take some of those things for granted when it comes to taking prescription medications or over-the-counter medications.

Strickland’s Pharmacy has been serving the community since 1974. Pharmacist Warren Strickland earned his degree from Birmingham Alabama’s Samford University and began his career as a pharmacist in Hattiesburg. He often worked as a relief pharmacist for what was once Pratt’s Pharmacy in Richton. Around 1974, Strickland and his wife Becky found themselves in a position to purchase the pharmacy and the rest is hometown history.

The pharmacy has changed locations from where it began, but hasn’t changed its service in nearly 50 years. The Strickland’s moved into Ramey’s, but at the time it was called Sunflower Grocery. They have remained at that location since. The Strickland’s have watched members of their community grow from small children to having children of their own. At this time, Strickland’s Pharmacy is the only pharmacy in Richton. They serve members of the town’s outlying communities as well.

“We love what we do,” Becky said. “We have enjoyed being in the community all these years.”

“We wouldn’t be here without our customers,” Becky said.

Although Becky isn’t a pharmacist, the couple works together as a team. She has worked with him since he began his career, and the pharmacy wouldn’t be the same without her. Warren has enjoyed serving the members of his community and said he couldn’t imagine being anywhere else.

Perry County has only one other pharmacy to serve its residents, and that pharmacy is in Beaumont.

Beaumont Drugs is located inside Greer’s grocery store. The pharmacy has been serving customers since 1968. Larry Lee Wozencraft began a mission to offer great care to his customers in a small community, and for decades, he has been doing just that. Wozencraft began his career as a pharmacist in 1965 in Lucedale before beginning the endeavor to open his own pharmacy. Wozencraft opened the pharmacy next to the post office, and after a time, he moved it to its present location. He said he has enjoyed being part of the community all these years. He has come to know the residents very well, and they are just like family.

“We’re just like Minnie Pearl,” Wozencraft said. “We’re so glad to be here. Let us fill your next prescription.”

Wozencraft gives that same feeling of friendliness and fun with all his customers, and they appreciate his humor. Sometimes humor is the best medicine. He sold the pharmacy to Rocky McGarity, Inc. of Lucedale but stayed on as the pharmacist because he couldn’t part with the community. He said he loves to get up and go to work most every day.

Your hometown pharmacists do more than just fill prescriptions. They are your friends and neighbors. They care about your health and well-being like family. And they support their local schools and communities.
Sunday, Jan. 12 is National Pharmacists Day, so be sure to let them know you appreciate them. Local pharmacist Larry Lee Wozencraft is shown with Liz Odom (left) and pharmacy teck Danielle McMurray at the drug store in Beaumont. Wozencrafthas been a pharmacist in the community since 1965.
Photo by Annette Harvison – Dispatch Staff 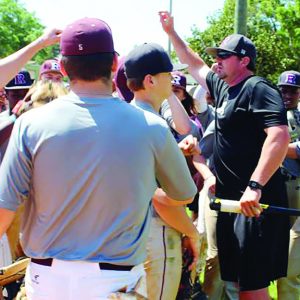 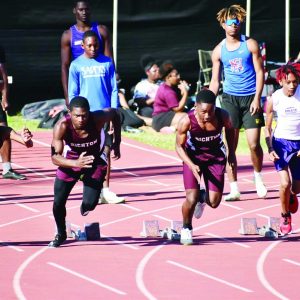